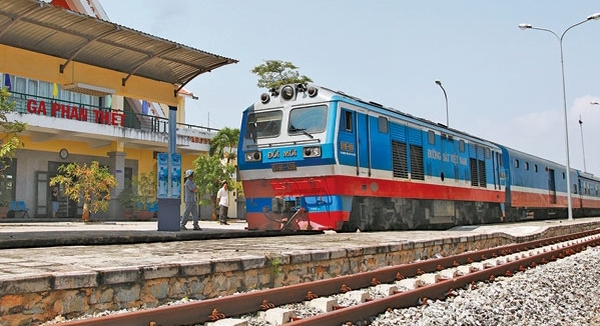 According to statistics, until 15 April, the province has three railway accidents killed 1 person; injured 2 people. The main reason is that road users did not observe when passing through the railway, for instance at 9h05, January 7, when the cargo train 3702 Lao Cai - Hanoi passed a cross way made by locals hit and killed a person across the railroad. Another case on 13 April Mrs. Hang Thi Sao (1932, H'Mong ethnic living in Van Yen district) walking across the railway at Km227 + 200 at Lang Thip station, she did not hear the whistle sound of the train 2601, pulling 20 coaches with 814 tons of cargo in the direction of Yen Bai - Lao Cai hit dead on the spot.

According to statistics by the railway authorities, the railway line Hanoi - Lao Cai through Yen Bai province has 25 guarded crossroads, 262 self-open paths; Of which 121/122 self-open walkways were marked with "Watch out for trains". 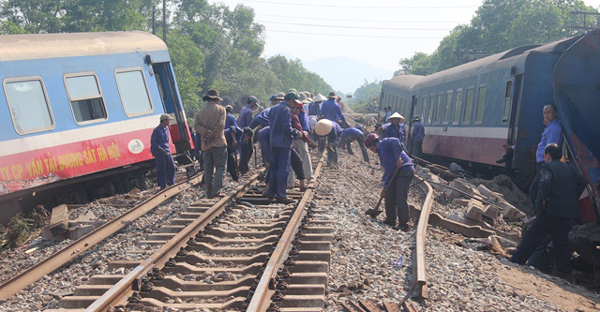 "Most of the railway accidents happened in Yen Bai in the past time due to lack of attention by traffic participants as many of the accidents occurred at the intersections of roads and railroads which have been marked as "Attention to the train" said Tran Xuan Quyet, chief of the traffic police office in Yen Bai province. From 2016, the People's Committee of Yen Bai province and the provincial Department of Transportation have directed the localities to strengthen the work of ensuring the quality of traffic at roads and railways; Request the People's Committees of districts, towns and cities to mobilize resources from localities and people to carry out the construction of the deceleration ramp, organize the guards at the crossroads, roads with the railway. "So far, nothing has been done due to lack of funding. In the coming time, to promote railway traffic safety in the area, the Provincial Traffic Safety Board will promote the propaganda of the Railways Law to all classes of people. At the same time, it is expected that the Government, ministries and agencies to provide funding for the construction of a road to remove dangerous intersections; renovation of road surface, construction of speed reducer, signage and automatic warning system in dangerous locations, "he added.