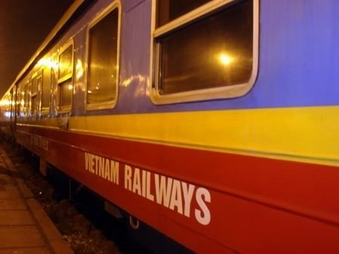 Speaking to the media, Nguyen Van Binh, vice director of the Hanoi Railway Transport Company said that train fares Hanoi to Lao Cai will be reduced 15-25% depending on cabin type.

According to Mr Binh, the highway Noi Bai - Lao Cai was put into operation the railways was under pressure, "the number of passengers going to Sapa by train has decreased nearly 20% compared to the same period last year" Binh said.

To compete with other forms of road transport on the highway, right from the beginning of September 2014, the Vietnam Railway Corporation has offered a 10% discount on the route Hanoi - Lao Cai and return. Especially from the end of the year, the railway fares will continue to go down up to 25%. Accordingly, the lowest fare Hanoi - Lao Cai of SP trains is 145,000 vnd (7 usd) for hard seats and the lowest fares for sleeper trains is 325.000 vnd or 15 usd.

Managers from Hanoi Railway company also confirmed that during Lunar New Year 2015, fares for Reunification Express train will decrease 17% from current prices, this price will apply from 16th Lunar December to 16th January on lunar calendar.

"This is part of our strategy to attract more passengers to the railways industry and also enable people to use train as a convenient and easy mode of transport", Binh said. Reportedly, during At Mui lunar New Year, beside the traditional selling system at the stations, Hanoi Railway Transport Company will ogranize to sell tickets online from the beginning of December.