You are here: Home » Travel News » Visitors flock to Sapa to see snow 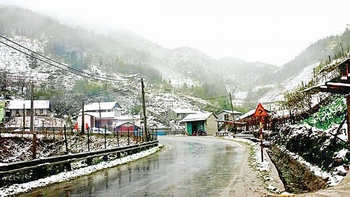 With a such weather situation, Sapa attracted more and more people from Hanoi to see snowfall. However, many residents said that this season’s snowfall is less than the same period of last year.

The National Hydrology Meteorology Forecast Center announced that the northern mountain and midland experienced heavy rains and widespread damaged cold yesterday because of the influence of an additional cold front and west monsoon.